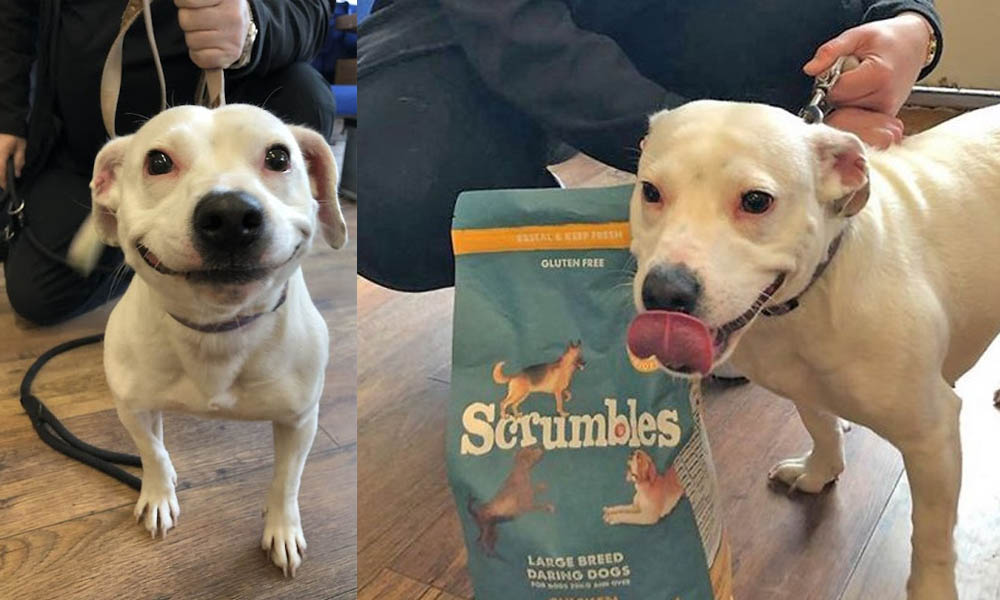 Every animal should have a beautiful life. Because every animal loves delicious food and a comfortable life like us. But when people choosing a dog for their home, they think deeply about the breed of that dog. They don’t think stray dogs also need love. So they stay in animal shelters for a very long time until they meet a family. Look, this stray dog’s story is a completely different story.

This dog is belongs tp Staffordshire Bull Terrier breed. She is Sybil. But formerly she known as Lily. Sibyl, was rescued by a dog owner when she living as a stray dog and handed over to the All Dogs Matter Rescue Agency in north London. She was wandering the streets. After she was brought to the shelter, everyone faced a problem. Because they might have real trouble trying to rehome sybil. But Sibyl’s story was completely different than other Staffordshire Bull Terriers. The main reason for that was the cute and beautiful smile of Sibyl’s face. That smile was always on her face. So she was a very cute sweet dog who was always smiling.

So the shelter officials posted photos of the dog on twitter and everyone fell in love with her very soon. The shelter was filled with messages saying they like to adopt her. But finally, she was adopted by Frankie Murphy and his family. She adopted by this loving family because of her beautiful smile. They took her exactly one year after they lost their previous dog. The main reason they chose her was her cute smile. Because they could not miss her smile. So their family fell in love with Sibyl very soon.

She is a very calm and very good. She doesn’t bark at all and she is very quite. So their neighbors didn’t even know a new dog had been brought to Frankie’s house. Moreover, she is very intelligent. Because she has managed to open the back door of her new home. She was not tall enough to reach the handle. But she has managed to push it with her nose. Since the day Sibyl arrived, their home was filled with love.